Successful long-term learning happens after sleeping on the new material from the University of London.

Academics from the Department of Psychology at Royal Holloway taught a group of people new words from a fictional language, which unknown to them, was characterised by a rule relating the new words to one another. They found that although learners became aware of the rule within the new language shortly after being taught it, they were unable to apply it to understanding new, untrained words until after a period of rest.Kathy Rastle, Professor of Cognitive Psychology at Royal Holloway, said: “Teachers have long suspected that proper rest is critical for successful learning. Our research provides some experimental support for this notion. Participants in our experiments were able to identify the hidden rule shortly after learning. However, it was not until they were tested a week after training that participants were able to use that rule to understand a totally new word from the fictional language when it was presented in a sentence.”She added: “This result shows that the key processes that underpin long-term learning of general knowledge arise outside of the classroom, sometime after learning, and may be associated with brain processes that arise during sleep.”

At the micro-scale the brain is a mess; a thick tangle of nerve cells connected at synapses. Mapping just a tiny portion of this mess, a few hundred cells, is a huge challenge. You have to wonder if it’s worth the effort. But seeing exactly how brain cells are wired together is giving us new insights into brain function. The researchers who made the 3D maps in this video discovered a new type of cell and worked out how insects see movement. If you’ve ever tried to swat a fly you’ll know how good they are at sensing motion!

Read about the three studies on our website: http://www.nature.com/nature/journal/…

I saw this talk in San Francisco and it was one of the most amazing new findings I recently heard of:

At TEDMED 2014, neuroscientist Jeff Iliff illuminates a newly discovered, critical function of the brain during sleep, a natural cleansing system that keeps toxic proteins at bay.

Stress. It makes your heart pound, your breathing quicken and your forehead sweat. But while stress has been made into a public health enemy, new research suggests that stress may only be bad for you if you believe that to be the case. Psychologist Kelly McGonigal urges us to see stress as a positive, and introduces us to an unsung mechanism for stress reduction: reaching out to others. 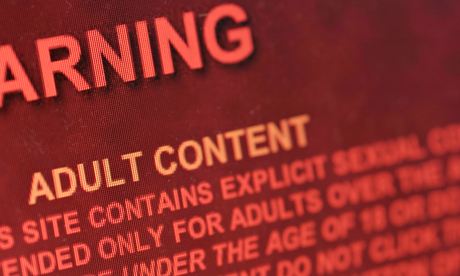 Researchers found differences in volume in one area of the brain among men who consumed more pornography Photograph: Martyn Vickery/Alamy

The institute recruited 64 male subjects aged 21-45 “with a broad range of pornography consumption”.

The men were told during a later phone interview that questions about pornography would be part of the research, and none dropped out.

“Our findings indicated that grey matter volume of the right caudate of the striatum is smaller with higher pornography use,” the researchers said.

Furthermore, when sexually explicit material was shown, the men’s MRIs showed diminished function in a part of the brain that processes motivation.

The human brain is puzzling — it is curiously large given the size of our bodies, uses a tremendous amount of energy for its weight and has a bizarrely dense cerebral cortex. But: why? Neuroscientist Suzana Herculano-Houzel puts on her detective’s cap and leads us through this mystery. By making “brain soup,” she arrives at a startling conclusion.

Suzana Herculano-Houzel shrunk the human brain by 14 billion neurons — by developing a new way to count them.

Harvard medical school offers a great tool to calculate the individual risk for certain common diseases. The calculation is based on hundreds of studies providing a meaningful result.

Go check your own risk to take powerful conteractions: