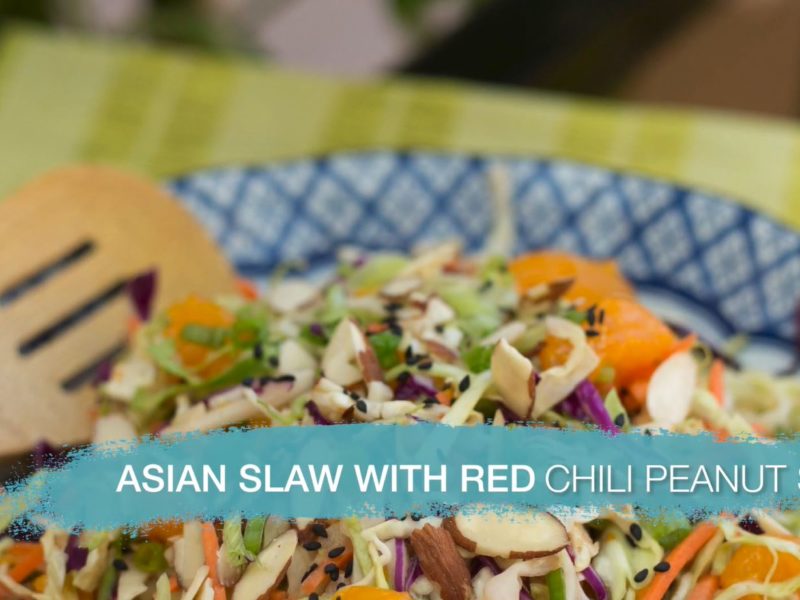 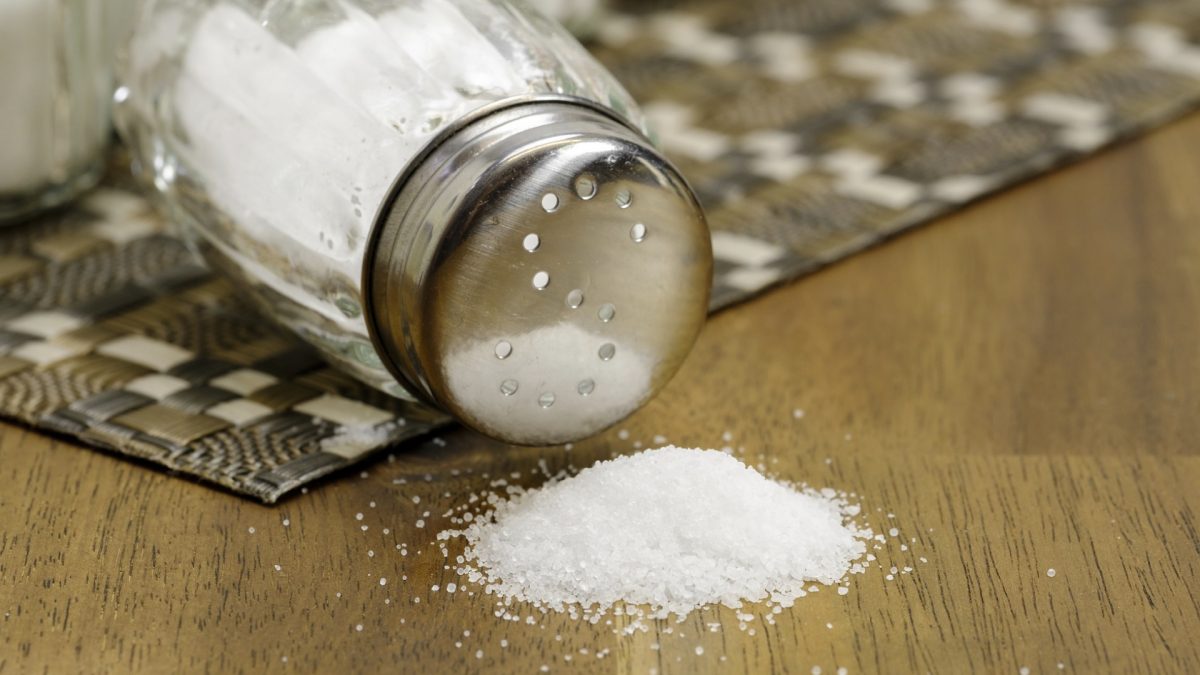 Reduction of salt consumption by just 15 percent could save the lives of millions. If we cut our salt intake by half a teaspoon a day, which is achievable simply by avoiding salty foods and not adding salt to our food, we might prevent 22 percent of stroke deaths and 16 percent of fatal heart attacks—potentially helping more than if we were able to successfully treat people with blood pressure pills. As I discuss in my video Salt of the Earth: Sodium and Plant-Based Diets, an intervention in our kitchens may be more powerful than interventions in our pharmacies. One little dietary tweak could help more than billions of dollars worth of drugs.

What would that mean in the United States? Tens of thousands of lives saved every year. On a public-health scale, this simple step “could be as beneficial as interventions aimed at smoking cessation, weight reduction, and the use of drug therapy for people with hypertension or hypercholesterolemia,” that is, giving people medications to lower blood pressure and cholesterol. And, that’s not even getting people down to the target.

A study I profile in my video shows 3.8 grams per day as the recommended upper limit of salt intake for African-Americans, those with hypertension, and adults over 40. For all other adults the maximum is 5.8 daily grams, an upper limit that is exceeded by most Americans over the age of 3. Processed foods have so much added salt that even if we avoid the saltiest foods and don’t add our own salt, salt levels would go down yet still exceed the recommended upper limit. Even that change, however, might save up to nearly a hundred thousand American lives every year.

“Given that approximately 75% of dietary salt comes from processed foods, the individual approach is probably impractical.” So what is our best course of action? We need to get food companies to stop killing so many people. The good news is “several U.S. manufacturers are reducing the salt content of certain foods,” but the bad news is that “other manufacturers are increasing the salt levels in their products. For example, the addition of salt to poultry, meats, and fish appears to be occurring on a massive scale.”

The number-one source of sodium for kids and teens is pizza and, for adults over 51, bread. Between the ages of 20 and 50, however, the greatest contribution of sodium to the diet is not canned soups, pretzels, or potato chips, but chicken, due to all the salt and other additives that are injected into the meat.

This is one of the reasons that, in general, animal foods contain higher amounts of sodium than plant foods. Given the sources of sodium, complying with recommendations for salt reduction would in part “require large deviations from current eating behaviors.” More specifically, we’re talking about a sharp increase in vegetables, fruits, beans, and whole grains, and lower intakes of meats and refined grain products. Indeed, “[a]s might be expected, reducing the allowed amount of sodium led to a precipitous drop” in meat consumption for men and women of all ages. It’s no wonder why there’s so much industry pressure to confuse people about sodium.

In Europe, it looks like vegetarians do even better, slipping under the U.S. Dietary Guidelines’ 2,300 mg cut-off, but it appears the only dietary group that nails the American Heart Association recommendation are vegans—that is, those eating the most plant-based of diets. 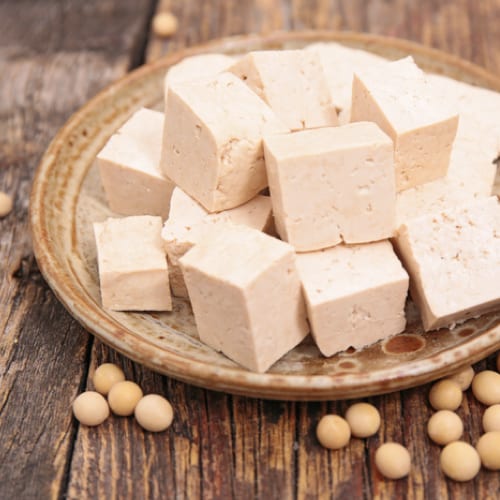 Tofu, soymilk, miso, tempeh, edamame—these and other soy products, including the soybeans themselves, are high in nutrients you tend to associate with other legumes, including fiber, iron, magnesium, potassium, protein, and zinc.

Soybeans naturally contain a class of phytoestrogens called isoflavones. People hear the word “estrogen” in the word “phytoestrogens” and assume that means soy has estrogen-like effects. Not necessarily. Estrogen has positive effects in some tissues and potentially negative effects in others. For example, high levels of estrogen can be good for the bones but can increase the likelihood of developing breast cancer. Ideally, you’d like what’s called a “selective estrogen receptor modulator” in your body that would have proestrogenic effects in some tissues and antiestrogenic effects in others. Well, that’s what soy phytoestrogens appear to be. Soy seems to lower breast cancer risk, an antiestrogenic effect, but can also help reduce menopausal hot-flash symptoms, a proestrogenic effect. So, by eating soy, you may be able to enjoy the best of both worlds.

What about soy for women with breast cancer? Overall, researchers have found that women diagnosed with breast cancer who ate the most soy lived significantly longer and had a significantly lower risk of breast cancer recurrence than those who ate less. The quantity of phytoestrogens found in just a single cup of soymilk may reduce the risk of breast cancer returning by 25 percent. The improvement in survival for those eating more soy foods was found both in women whose tumors were responsive to estrogen (estrogen-receptor positive breast cancer) and those whose tumors were not (estrogen-receptor negative breast cancer). This also held true for both young women and older women. In one study, for example, 90 percent of the breast cancer patients who ate the most soy phytoestrogens after diagnosis were still alive five years later, while half of those who ate little to no soy were dead.

Soy consumption has also been shown to benefit our kidneys, which appear to handle plant protein very differently from animal protein. Within hours of eating meat, our kidneys rev up into hyperfiltration mode. But, an equivalent amount of plant protein causes virtually no noticeable stress on the kidneys. Eat some tuna, and within three hours, your kidney filtration rate can shoot up 36 percent. But eating the same amount of protein in the form of tofu doesn’t appear to place any additional strain on the kidneys.

This below is an Abstract from Article that shows that healing and protecting properties of the carotenoids from tomatoes working in the best way when those  are in the combination, as God created them!

Lycopene is the major carotenoid in tomatoes. Tomatoes contain a matrix of many bioactive components, including vitamin C, vitamin E, other carotenoids (a-, β-, γ- carotene, lutein), and flavonoids. Their synergistic interactions, when used in combination, may be responsible for the observed beneficial effects of tomato-based products. This study investigated the synergistic antioxidant activity of lycopene in combination with β-carotene, vitamin E, and lutein. A liposome system was used to test the synergistic antioxidant activity. The carotenoid mixtures were more efficient in protecting liposome from oxidation than the individual carotenoid .Research Article

THE NEW LIFE Challenge is a revolutionary wellness program uniquely designed to gradually take you from where you are now to where you want to be in 10 weeks or less! You will learn principles that help build and sustain overall health.